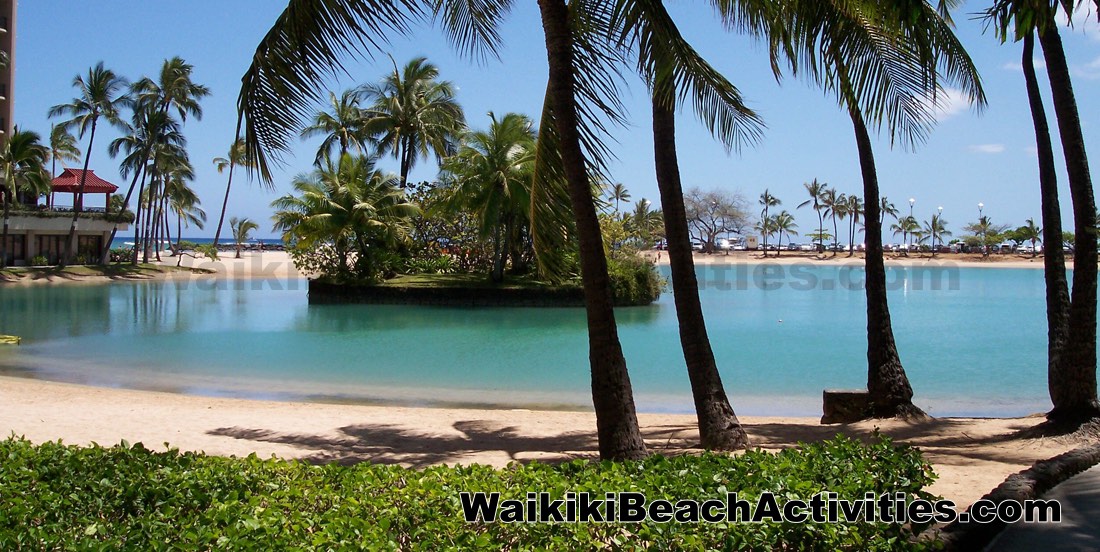 In ancient times, Waikiki was a wetlands area of marshes. The ancient Hawaiians excavated fish and duck ponds and bordered them with groves of coconut trees. The fertile reefs off Waikiki Beach provided an endless supply of fish and even lobster but the waves of Waikiki were reserved for the nobility, the Ali'i.
Standing on shaped planks of native wood, the Ali'i would ride the waves of Waikiki Beach, the first surfers on Earth. Challenge matches would arise as young Ali'i struggled to ride the largest waves, demonstrating their bravery and prowess while the common people watched in awe, for to even attempt to stand and surf as the Ali'i on their sacred waves was an offense punishable by death.
The growth of Waikiki as a tourist destination came about in the early 1920's. Duke Kahanamoku became famous worldwide as the young handsome Hawaiian who swam like a fish while capturing gold medals in swimming at the Olympics and capturing young ladies hearts when they saw him in newsreels standing on a wooden board on a large wave off Waikiki Beach. The Duke was unlike anyone that they had ever seen before. Because the Duke's home and surfing grounds were in Kalia in Waikiki, Waikiki was put on the map.
The waves still roll gently over the ancient reef at Waikiki Beach, but today, they are available for the enjoyment of all.

This part of Waikiki is called "Kalia" and it is approximately 23 acres in size. All of Kalia is occupied by the Hilton Hawaiian Village Beach Resort and Spa. Legend tells of a Hawaiian Chief who lived in Kalia that waited patiently for the return if his wife who had been wooed away by a rival chief on Maui. Kalia means "waited for." 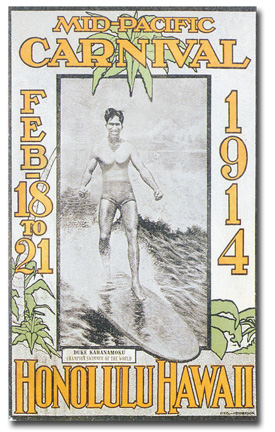 Waikiki and Kalia were also playgrounds for Hawaiians and many new residents who moved to Hawaii from Japan, China, Russia, Portugal and America.

In 1848 King Kamehameha III began a process called the Great Mahele which saw the King deed some of his lands to his family and other chiefs and to some commoners. The King's Great Mahele also allowed foreigners to own land in the Kingdom. Kalia was deeded to Henry Paoa. The Paoa family included Duke Kahanamoku who was raised in Kalia from a small child to a man. The lessons Duke learned while living in Kalia led him to become the most famous waterman in history. Kalia is where the Duke learned to swim, surf, fish and paddle canoes.

The Art of Surfing began in the waters of Waikiki. 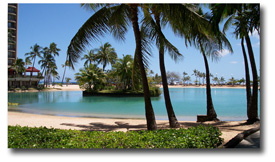 The village offers many of these wonderful places, I like to sit under this coconut tree when I need a moment to think.

The Hilton Hawaiian Village Spa and Beach Resort has five first class hotel buildings with a total of 3,000 rooms. Each building has beautiful Hawaiian style gardens and large grounds with all of the expected amenities. The village also has a shopping Bazaar with 99 shops, stores, galleries and restaurants. There is also a Spa, a Medical Clinic, Church, US Post Office and Business Center with web access for guests.

Questions? Ready for an appointment?

Questions? Ready for an appointment?